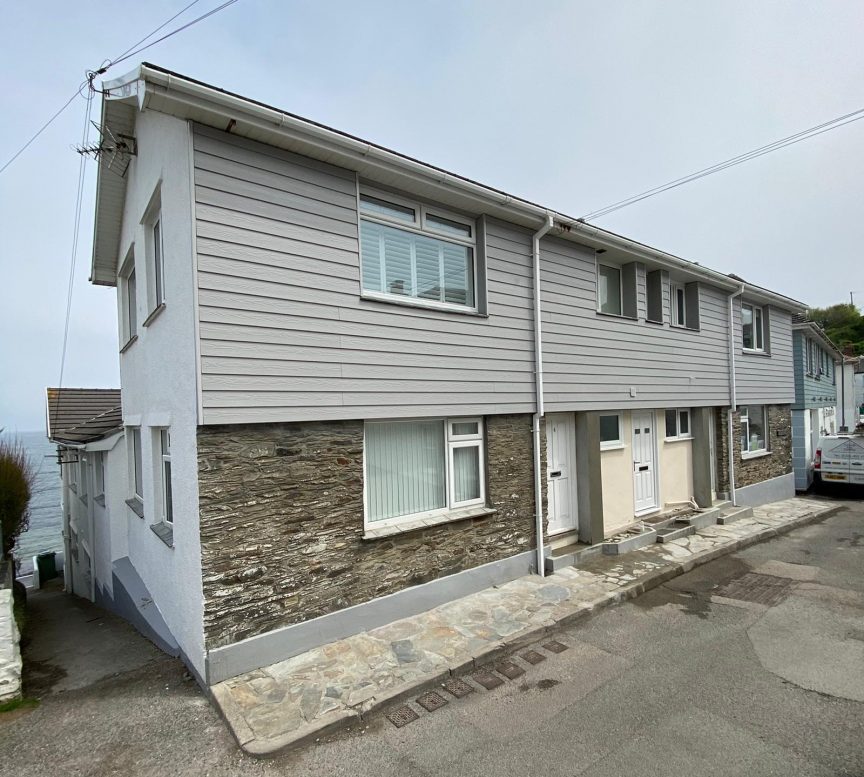 Whilst this may look like a straightforward project, it was a bit more technically challenging than its appearance.

In the middle section of the 3 x flats, the old cladding had to removed, built up, insulated, membraned and then cladded, of course ensuring that it was in-line with the other 2 x sides of the property.

We reinstalled the windowsills with new slate versions, which were in keeping with the original style that had previously.

As you will notice we covered the old stench pipes, and we had to encase them below the cladding and render the box around them.

The residents/owners collectively chose Cedral C05 (Grey) lap woodgrain effect cladding, which we fitted to the standards which we agreed with Cedral for the harsh Cornish coastal elements 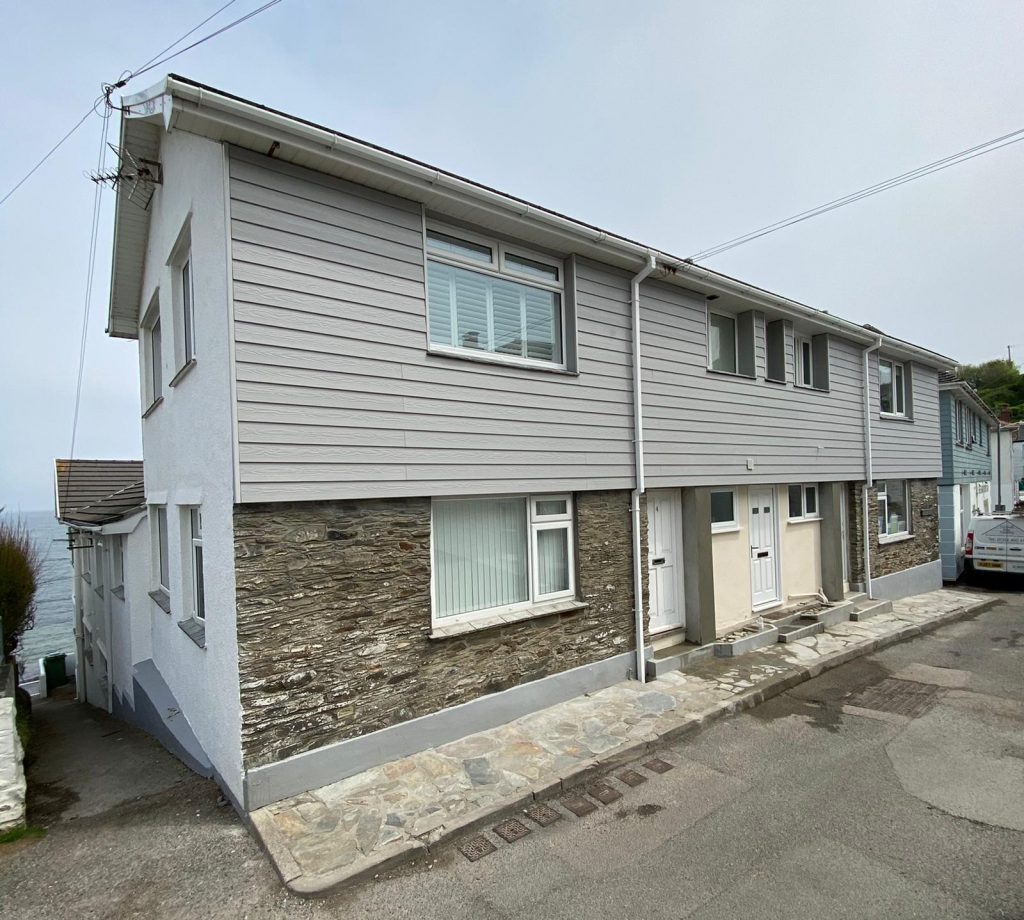 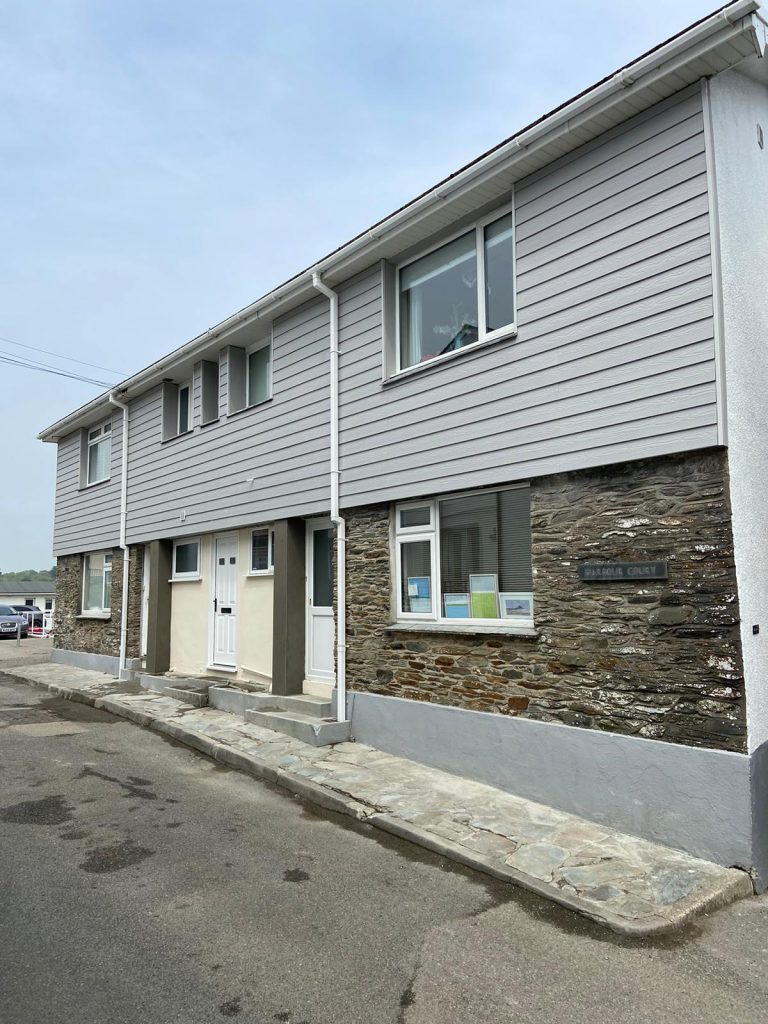 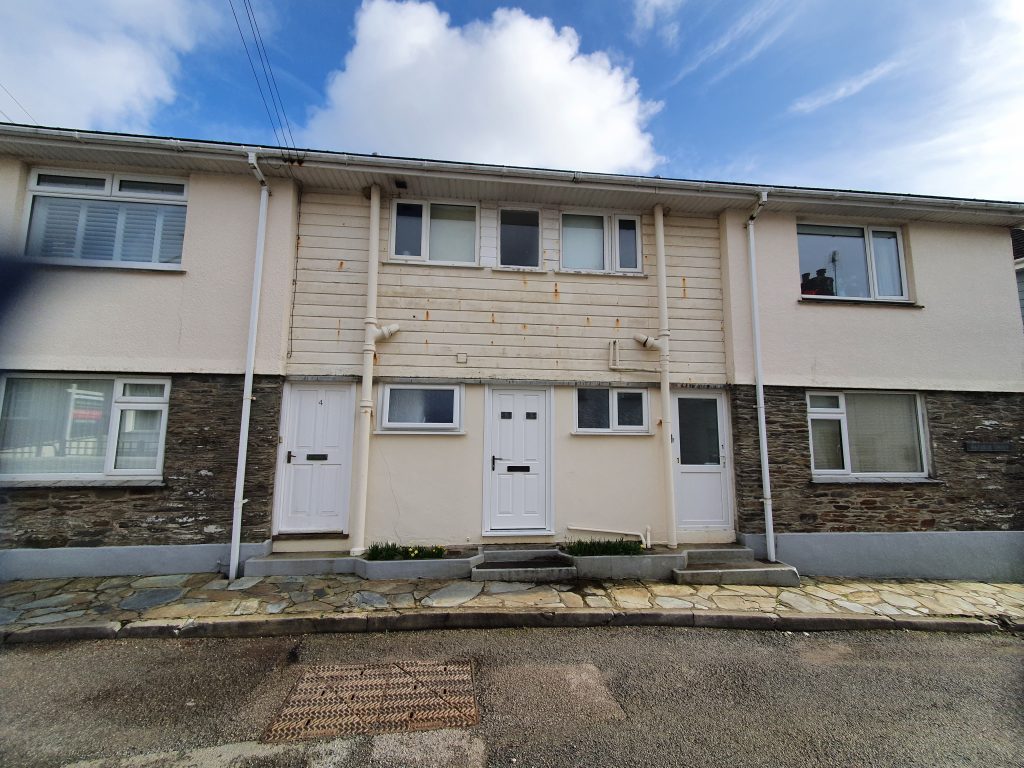 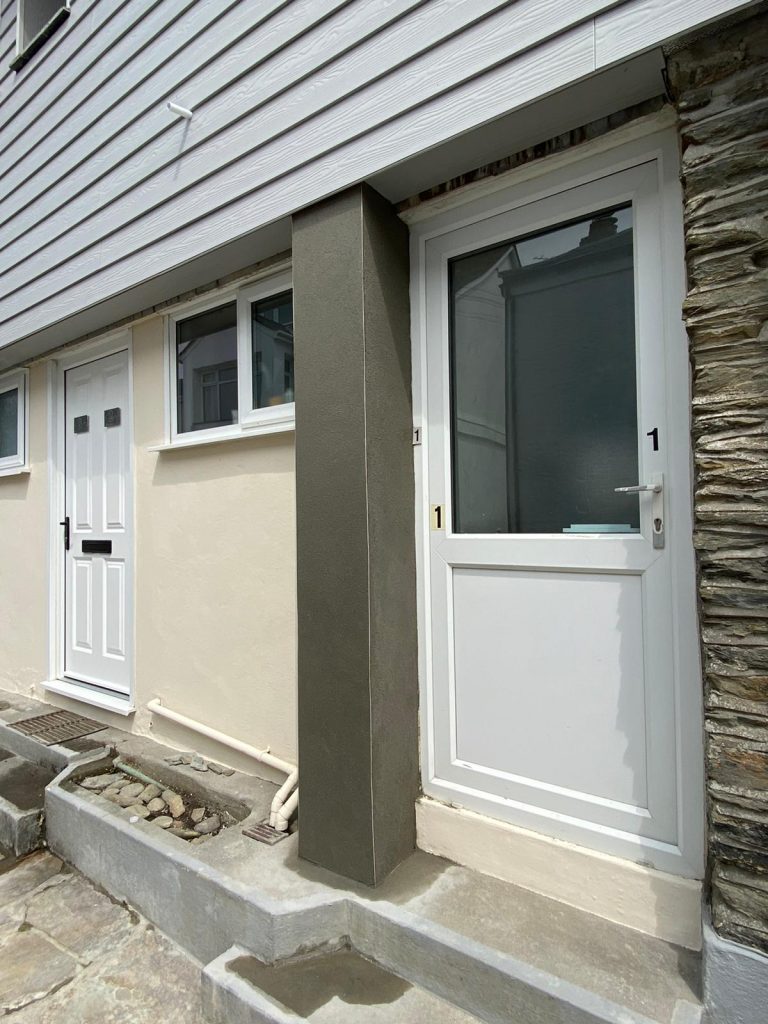 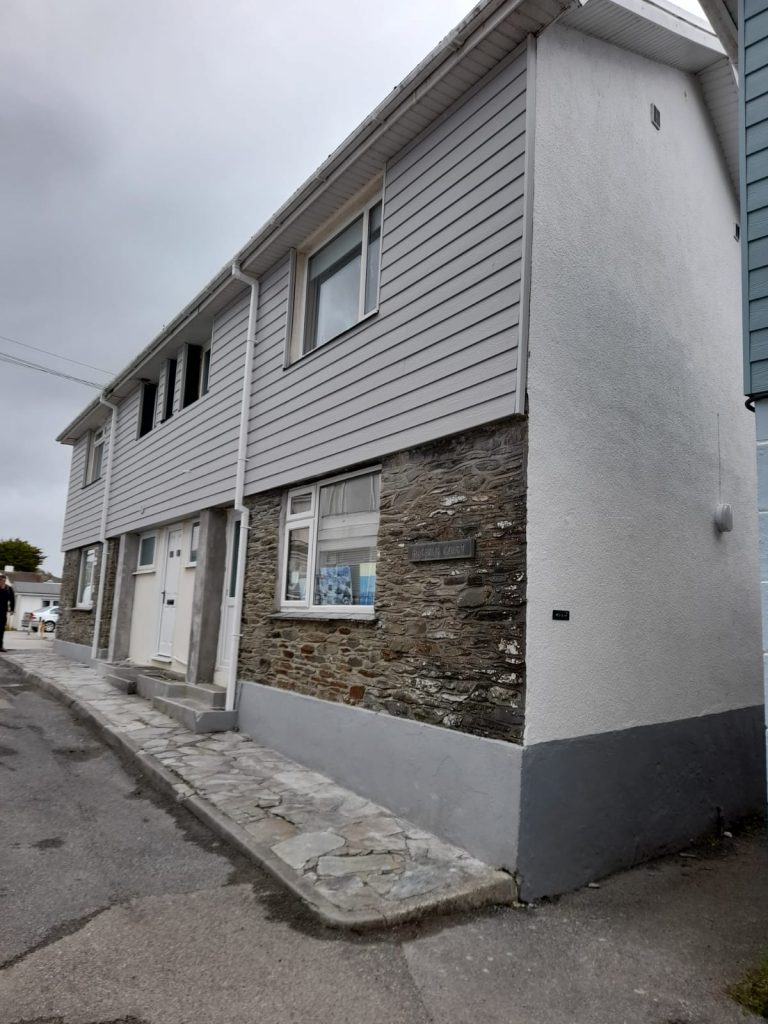